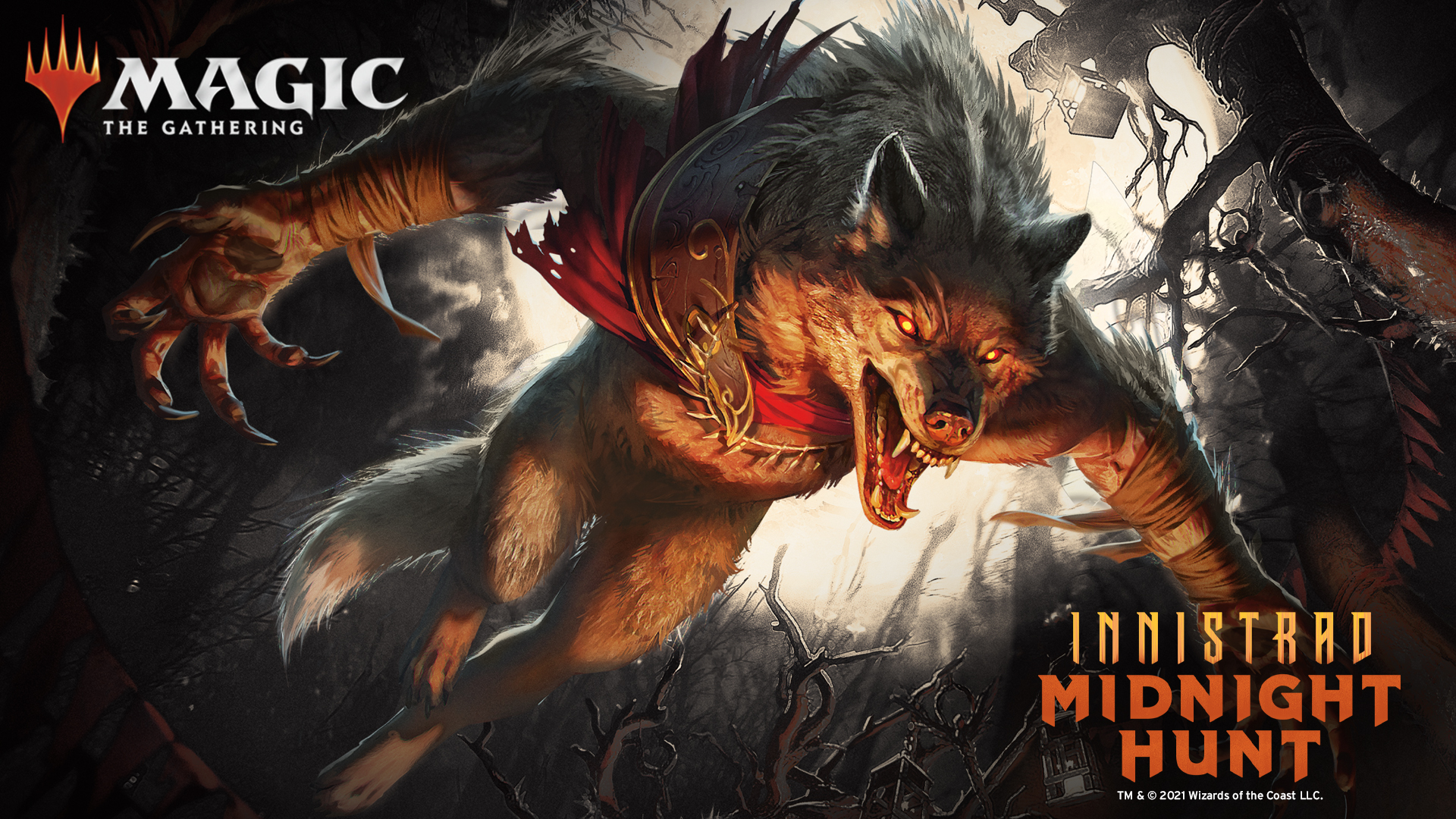 Join in the hunt, or become the hunted in The Missing Piece’s four week long league! League is a long-form limited format where participants start with a 35-card Theme Booster from the latest Magic: The Gathering set, Innistrad: Midnight Hunt. They’ll then build a 30 card deck (lands can be provided by the store), which will be kept at the store during the duration of the league. Each week, including the first one, players will be able to buy booster packs to add to their pool of available cards and play against fellow league players to accrue league points. Points can be used to unlock extra features during the league.

9/28/21 – League sign ups begin! Players pay an entry fee of $10 and receive their Theme Booster and a box to hold their cards. Starting now, any player may play against any other player to obtain league points! Players are also able to purchase their first booster pack to add additional cards to their card pool. Players with enough points will also be able to purchase an additional booster pack. The different ways you can earn points will be explained on a sheet that you will use to record your progress through the league.

10/5/21 – A new week begins, allowing players to purchase another booster pack regardless of how many points they’ve gathered. Just like last week, if a player accrues enough points, they qualify to purchase an additional booster pack. A new feature also begins this week: The Bounty Board!

10/12/21 – A new week, and with it a new bounty on the board, as well as more packs that players can add to their collections!

10/19/21 – The final week of the league! One last chance to build up your points, and of course to get a few more packs to see what your deck’s final form becomes!

Once the league ends there will be prizes awarded based on a few different categories, so while having the most points might earn you a prize, there are others you can earn in different ways!